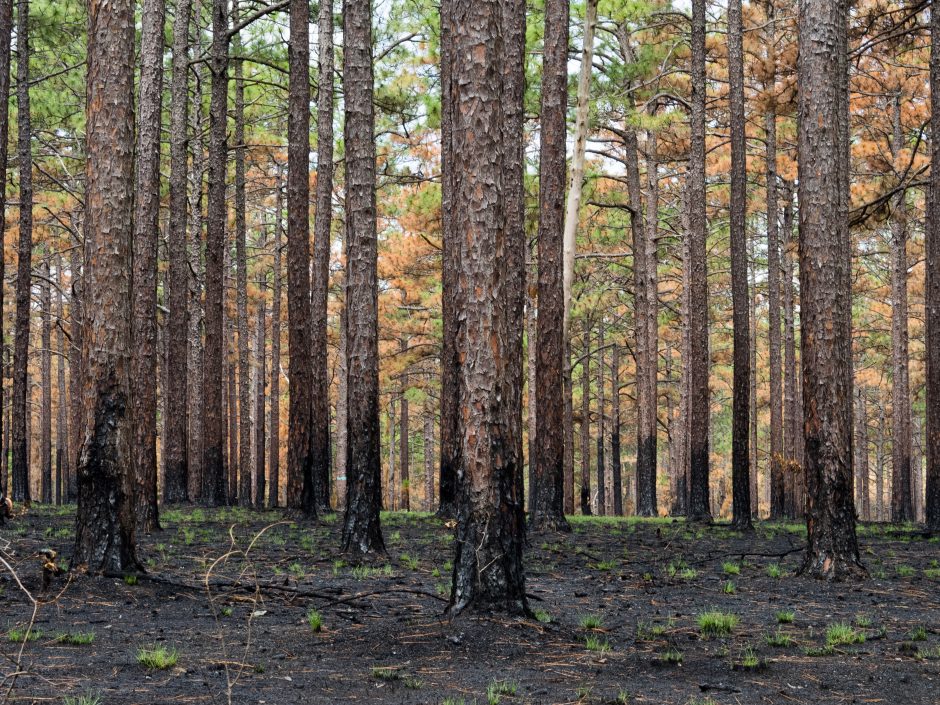 Longleaf pine forests once dominated the southeastern Coastal Plain, cloaking more than 90 million acres at the time of European colonization. Old-growth longleaf pine found throughout the Southeast provided a significant source of timber and naval store products such as tar, pitch and turpentine through the early 1900s. An estimated 3 million acres of longleaf forest remain and these are threatened by deforestation, development, fire suppression and conversion of land to other forest types and uses. More than 120 species of plants found in association with these remnant forests are on the regional list of proposed endangered, threatened and sensitive species (USFWS 1995).

Present day land managers use controlled, prescribed fire to stimulate plant growth during the spring and summer or to reduce woody debris accumulation (fuel) in the winter. Periodic burning reduces the likelihood of catastrophic wildfires that can severely impact wildlands and the expanding wildland urban interface.  Trained personnel can recreate the beneficial effects of a natural fire by adhering to safety protocols and specific controlled conditions.

Contact the local Sandhills Prescribed Burn Association if you are a private landowner and would like information and assistance bringing fire back to your forest.

Specialized plant species found in longleaf pine habitats include the Sandhills lily (Lilium pyrophilum), endemic to Virginia and the Carolinas, and a species of pixie moss found only in the Carolinas (Pyxidanthera brevifolia).  Federally listed rough-leaved loosestrife (Lysimachia asperulifolia) is limited to small populations throughout North and South Carolina.